Sadly, the Coronavirus pandemic has locked us out of cultural institutions and their intellectually satisfying environments. But, that doesn’t mean that we have to be deprived of arts and ideas preserved inside those walls.

Even before the pandemic outbreak, many museums were offering virtual tours of their spaces. Now divergently, they are also offering online events curated significantly for us to enjoy at the comfort of our homes.

If you haven’t already delved into this experience of virtual tourism, now is the time!

We have compiled a selection of 9 museums from diverse locations around the world, each displaying many compelling artworks coming in various forms, materials, and styles: 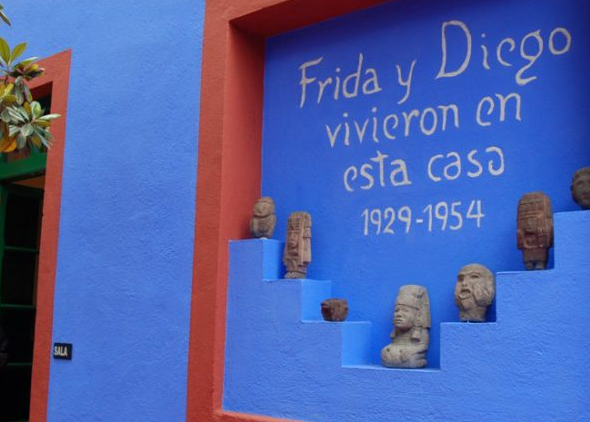 Frida Kahlo Museum, also known as the Blue House (Casa Azul) is a mesmerizing and colorful little haven where Frida Kahlo was born, many times returned throughout her life and departed. Four years after her death, in 1958, her family home was turned into a museum.

Her personal objects, as well as some of her most prominent works, are exhibited in this museum, which offers a digital tour of the rooms and the garden today. 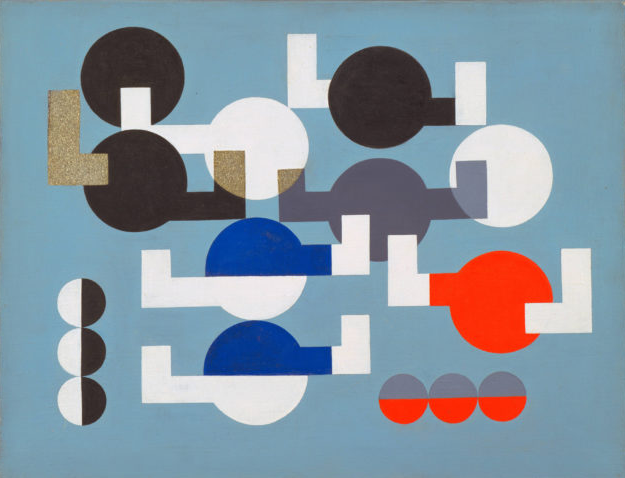 MoMA does not offer a virtual tour as we know it; however, it introduces works and life of the versatile Swiss-French artist, Sophie Taeuber-Arp (1889-1943) who engaged in painting, sculpting, dance, architecture, textile, furniture, and interior design, in an online exhibit form.

You can also explore 129 items from MoMA’s collection, comprised of prominent works such as paintings by Gauguin, Cézanne and Van Gogh, photographs by Nan Goldin, and drawings by Keith Haring.

This world-famous museum offers a private (later consolidated as a foundation) collection of works representing the Austrian Classical Modernism movement by Dr. Rudolf Leopold and it is mainly renowned for its extensive compilation of works by Egon Schiele and Gustav Klimt.

Today, the Leopold Museum is opening its doors virtually for two vibrant exhibitions, one offering works by iconic painters Friedensreich Hundertwasser and Egon Schiele, and another offering a closer look into the Modernist movement blooming in Vienna around 1900. 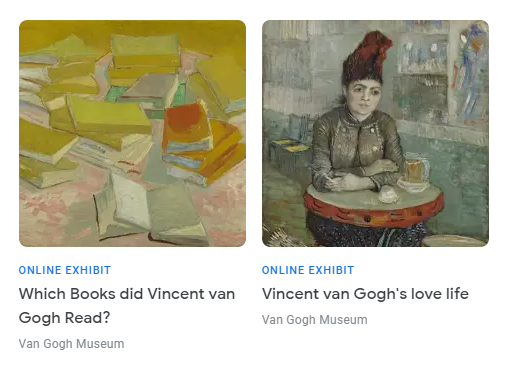 The museum houses the world’s largest collection of works by Vincent van Gogh (1853-1890). In its permanent collection, there are more than 200 paintings, 500 drawings, and over 750 letters.

In addition to virtual tours on all four floors of the museum, Van Gogh Museum also presents two online exhibitions: one on Vincent van Gogh’s favorite books and another on his love life! 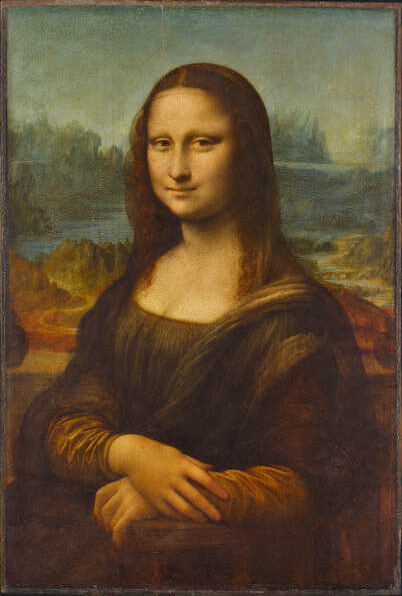 The universal Louvre Museum, containing 38.000 artworks spanning several millennia and from across all continents is known as the most visited museum of the world.

Louvre Museum offers virtual tours of 7 current exhibits at different wings of the actual location. In addition to these online tours, the museum introduced a series of interactive multimedia modules entitled “A Closer Look”, which offer a macro look into the details of selected artworks and discuss the artistic and historical background of the works.

Also, as part of its “Mona Lisa Beyond the Glass” exhibition, the museum has released a free VR app, through which you can discover the latest findings of research carried out on Da Vinci’s works, his creative processes, and painting techniques. “VR – Mona Lisa” App is available on both Google Play and the App Store. 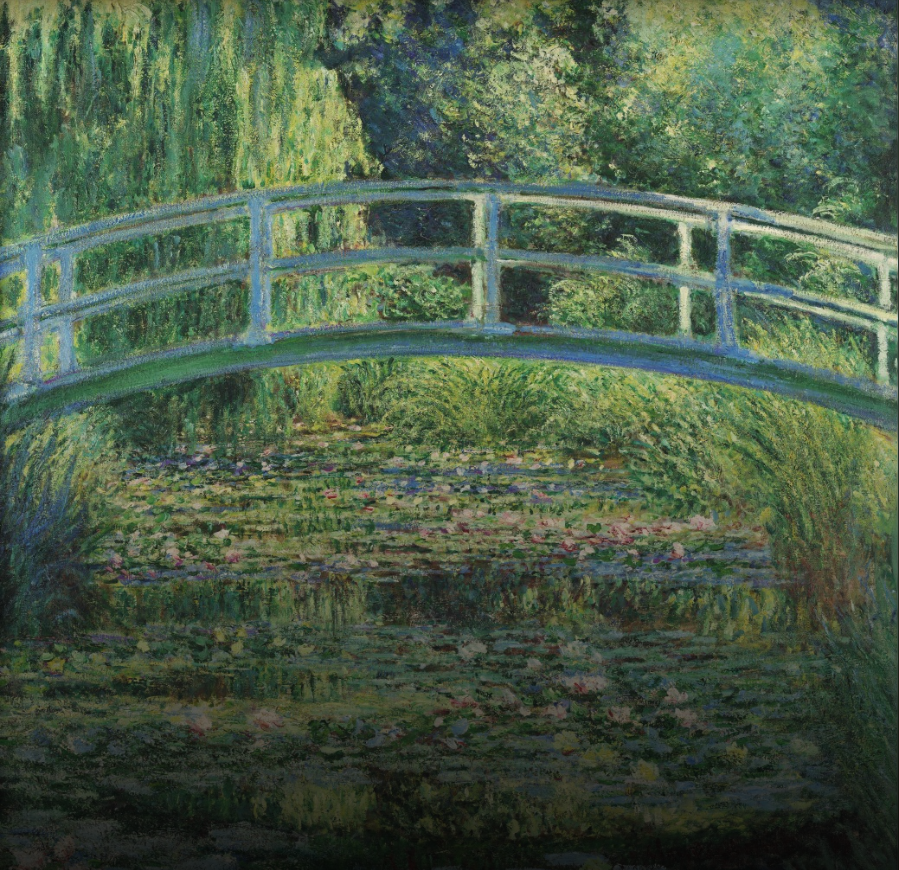 The National Gallery houses some of the most popular masterpieces in the world, such as Sunflowers by Vincent Van Gogh, The Water Lily Pond by Claude Monet, The Arnolfini Portrait by Jan Van Eyck and Rembrandt’s Self Portrait at the Age of 34.

Currently, it is possible to step inside the gallery through 3 virtual tours, where you can enjoy Renaissance masterpieces. In addition to this opportunity, the museum also offers 12 online exhibits, the majority of which are about series of works by Monet. 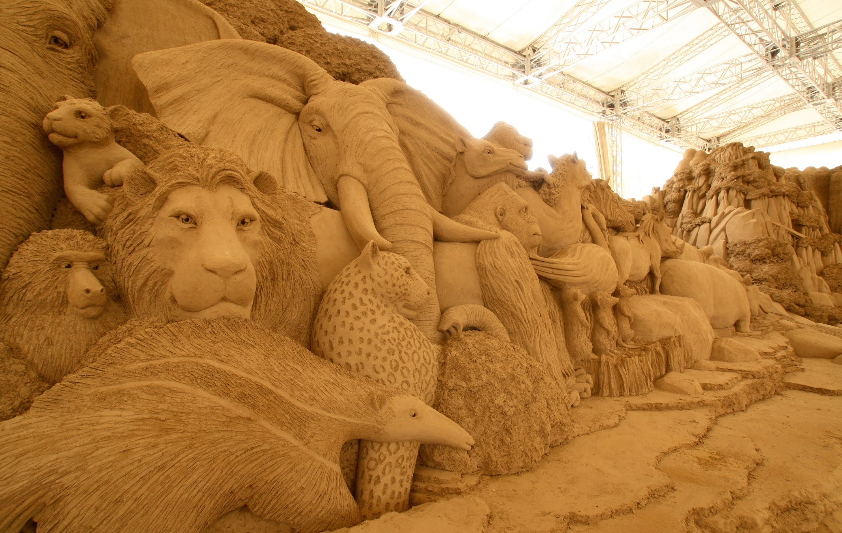 By going on a tour at this open-air museum located at the edge of the Tottori Sand Dunes, in Japan, you can dive into the world of large and elaborate sand sculptures. Interestingly, the theme at this museum changes every year, and therefore at the end of each year, all sculptures are reversed back into big sand piles for new artists to be commissioned for fresh sculptures. 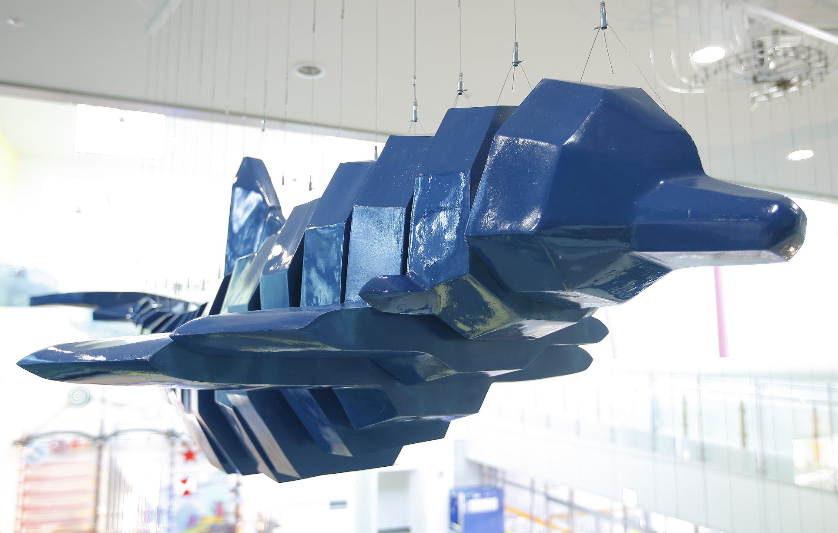 This interactive children’s museum in South Korea is designed as a fun learning center customized for children. Today, the museum offers a virtual tour of its space through which you can take a closer look at many sculptures made in different materials, such as plastic, steel, and resin.

In addition to the tour, the museum offers 7 online exhibits, covering the idea behind all artworks, the functions of different playground areas, and the learning objectives of the exhibition hall studying how the human body works. 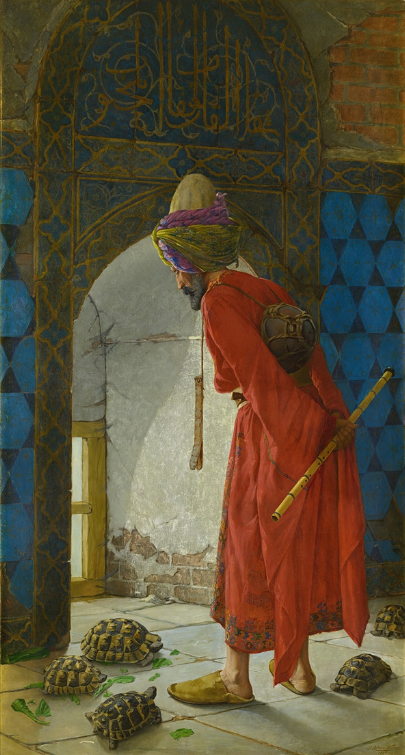 Pera Museum, which is one of the most significant cultural institutions in Istanbul encompasses 3 major collections, which can be fully viewed through a virtual tour. On the first floor, there is a large collection of Anatolian measures and scales, composed of over 8.000 pieces dating from prehistoric ages to our day. On the same floor, there is also a lovely collection of Kütahya Tiles and Ceramics, including pieces dating back to the 18th century.

The second floor is dedicated to the Orientalist Painting Collection, which includes Ottoman artworks from 17-19th centuries and the grand “Tortoise Trainer” painting (two versions of which were created in 1906 and 1907) by Osman Hamdi Bey.

Besides the tour, the museum also offers themed online exhibits, such as one on the coffee culture depicted through cups and jugs from the ceramics collection and another on life in Istanbul through paintings from the Orientalist collection.

Deniz Öksüz Fer is a freelance translator, editor and content creator based in Istanbul, Turkey. After serving in different positions in the fields of... Read more...

No Setup Fee - No Paperwork - No Bureaucracy

Freeing the mind for freelancers during the Coronavirus

Social distancing and the state of coworking spaces today

Activities for your kids while you work from home